10 Large Cat Breeds That Will Rule Your Home

Do you like big cats and you cannot lie? Get to know 10 large cat breeds that will fill your home and heart with extra pounds and inches of love and fluffiness!

Cats are cute little balls or fur… Or maybe not! Some breeds get as large as a small dog, but don’t let them scare you… While these big cats can be intimidating to some, they are just as loving and fun as their small pairs! Get to know these ten large cat breeds that prove beauty, elegance and cuteness can also come in big sizes. ? 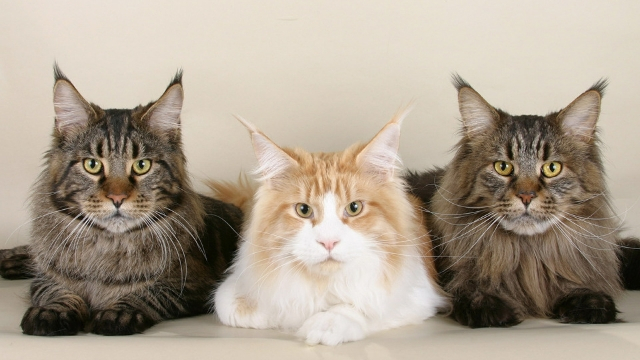 The Maine Coon is the largest domestic cat breed. Originally from the state of Maine, these cute felines have an average weight of 25 pounds. For a cat, it’s quite impressive! ?

They can look intimidating with their big head and paws, but don’t be fooled by their size. The Maine Coon is a lovely, gentle heart cat with a sweet nature that loves to be petted and socialize. 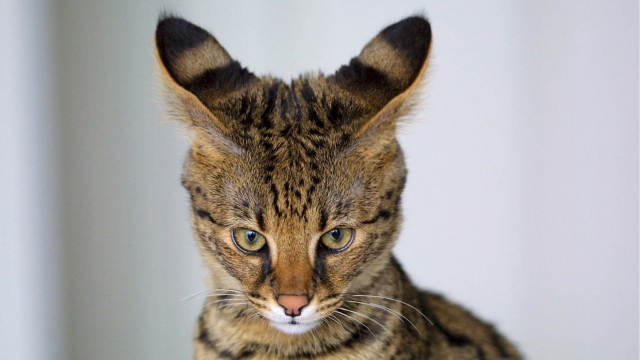 The Savannah cat is the result of a crossbreed between the Siamese cat and the wild African Serval cat. Descending from a wild cat has its perks, and the Savannah wins the trophy for the biggest cat out there!

Their size can vary depending on how far removed from their Serval ancestry they are. A large Savannah can reach up to 30lb, but on average they weigh around 25 pounds. They even hold the record for the tallest domestic cat breed! An American feline earned the top award, standing 17.1 inches tall from shoulder to toes. ? 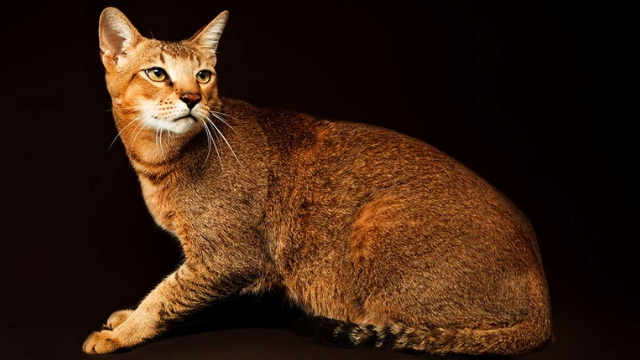 The Chausie is a lean and elegant cat that can trace their ancestry back to the wild jungle cats of ancient Egypt. Unlike other large cat breeds with wild roots, their wild side seems to be restricted to their physical and athletic aptitude. There are loving and good-natured felines that are always ready to play and have fun.

An average Chausie usually weighs between 15 to 20 pounds, but it’s not uncommon to find individuals weighting 25lb. They are a very rare breed, and to get one doesn’t come cheap… ? 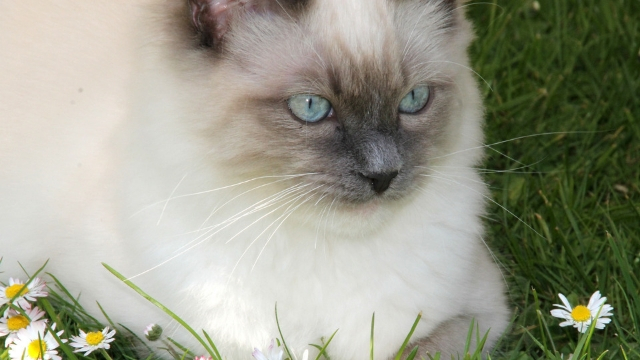 More than a large cat, the Ragdoll is a fluffy cuddling ball. Sedentary, with a calm and sweet temperament, this breed loves affection. So much, they got their name from the way these large cats go limp and collapse when snugged, just like a real rag doll.

A female can weigh between 10-15lb, while the males can reach up to 20 pounds. Kittens usually take up to three years to grow into their mature size.

They are just big fur balls waiting for a quiet and lovely owner! ⏰? 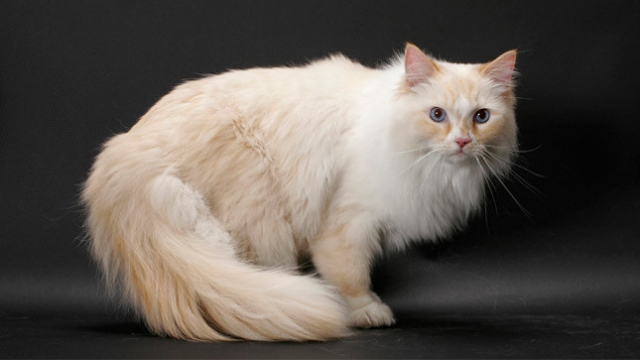 The Ragamuffin doesn’t share an ancestry with the Ragdoll, but these two large cat breeds have a lot of similarities.

Strongly built, muscularly dense and with a medium-length coat, the Ragamuffin can take up to 5 years to reach their mature size. The females can weigh between 10-15lb with the males reaching up to 20lb. ⚖️

They are playful and active little fellows, but, like the Ragdoll, they are well-known for their sweet-nature and friendliness. Oh, and they love sitting on your lap and cuddling! 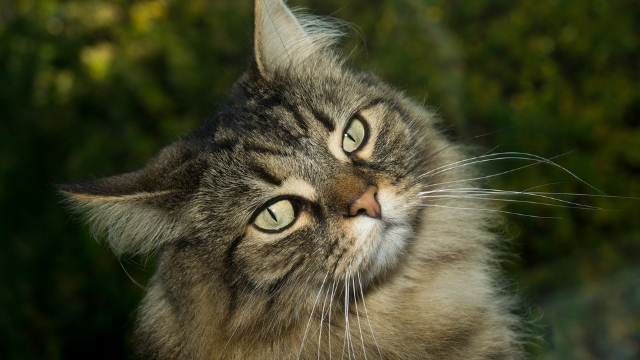 The Norwegian Forest Cat is very similar to the Maine Coon breed at first glance. A very popular breed in Scandinavian countries, a male individual can weigh between 15 to 20 pounds. The female average is about 15lb.

Closely related to the Siberian cat, they have a muscular body and a long waterproof fur coat that helps them survive the harsh winters of the north. ❄️ Although they are friendly and fond of families, their sense of independence is still very strong and they don’t require much petting! 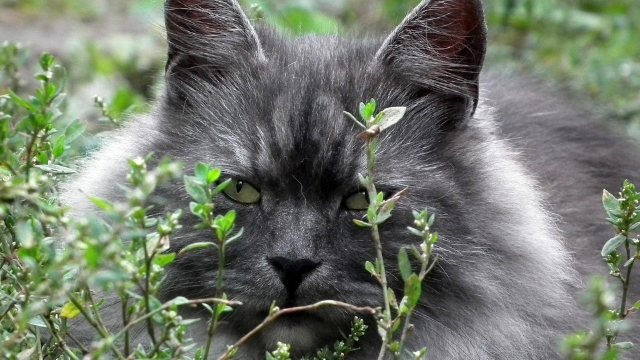 Coming from the severe cold of Siberia, this breed is the epitome of fur ball! With a long and dense waterproof coat, they look like proper Russian royalty. But don’t think they will put on airs and look down on you! This breed is very affectionate and they love cuddling and following people around.

Female individuals weigh on average 8-12lb, while males usually reach the 17lb mark. Although their weight seems less impressive than other large cat breeds, they can look much bigger due to their muscular body and long fur.

Another positive trait: the Siberian breed belongs to a small group of hypoallergenic cats that won’t make you sneeze! ?

The American Bobtail is the largest cat out of the bobtail breeds, with an average weight of 7 to 15 pounds. They have big round eyes and a sturdy build, but the feature that sets them apart is obviously the tail. The stubby little thing is usually as long as 1/3 of a regular tail, giving this breed a funny and cute look. ?

These cats look wild, but they have the demeanor of a domestic cat. They are loving, affectionate and adore being the end recipient of attention. Very playful, they also love to jump and catch things midair, giving owners lot of fun time! 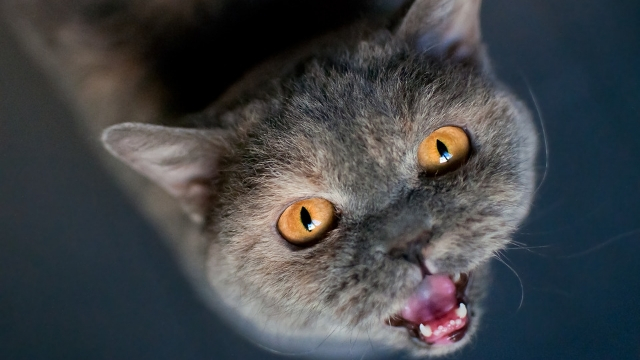 Out of the large cat breeds, this is the biggest with short hair. With an average weight of 9 to 18 pounds, this means what you see is what you get.

Considered one of the first pedigree cats, they are very popular around the world both for their beauty and sweet temperament. They are also very “proper British”, with a very dignified stance. Well, at least until play time comes around, as they are quite clumsy and fun to watch! 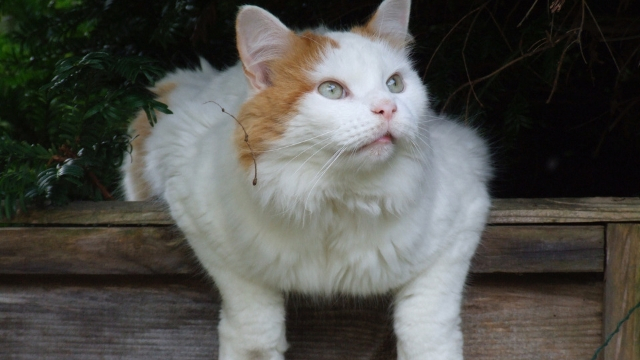 With an average weight of 12-18 pounds, the Turkish van has a strong sense of territory possession (a.k.a. your home). To find them around, you may need to look up… They love sitting on high spots to better survey their ground!

Nevertheless, they have a sweet and adventurous demeanor. They enjoy swimming outdoors (yes, you read that right – swimming ?) as much as relaxing in a cozy lap. You’ll have to remember to close your toilet lid every time, though, because they love water and they will find it.

These large cat breeds can look impressive, but with their size also comes a big heart ready to love and be loved! They just give you some extra inches to pet, and who’s to complain about a large-sized furry warm coat of cuteness? ? 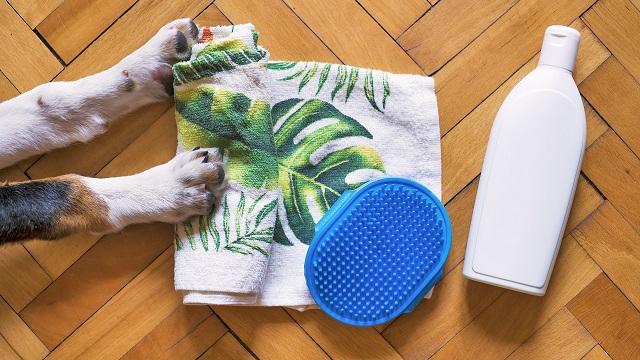 Brushing your pet regularly helps them look their best and has many other benefits! Ready to learn how to keep your pet’s coat healthy? 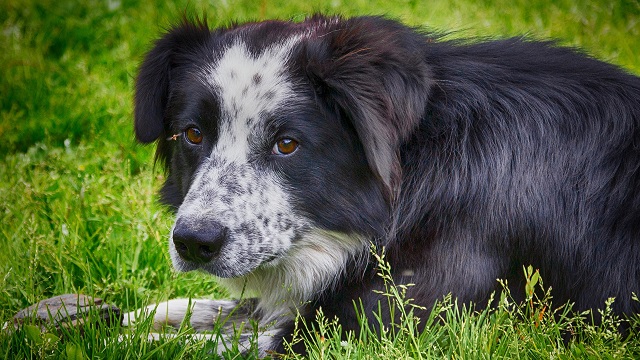 While Diabetes cannot be cured, pets suffering from it can live long and happy lives with proper management and treatment. Learn more about Pet Diabetes! 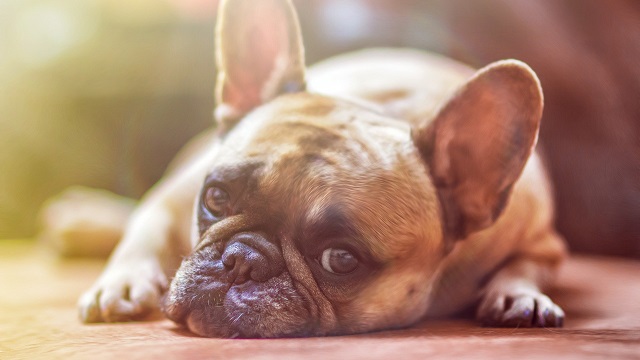 Coconut Oil for Dogs and Cats: Safe or Not?

Here’s a hot topic, and one we bet you’ve wondered about – is it beneficial to use coconut oil for dogs and cats? Find out the pros and cons!